»We chose each other. It was immediately clear to everyone that, together we are a perfect fit artistically« 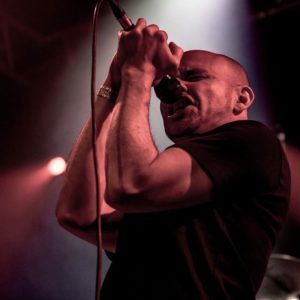 When Road To Jerusalem’s self titled album came out, we noticed there was not much information to obtain about vocalist Josh Tyree. Since he is monitoring his facebook Profile very frequently, we chose the opportunity to find out more about him, the band, inspiration and upcoming tour plans.

How did you guys meet? How and when was the band formed?

I woke up one morning and checked my phone to find I had been contacted by a mutual friend on social media. Per and Michael were looking for a singer for their new band, and by mid-March 2017, I traveled to Copenhagen to finish writing and eventually record what would become our first album.

How comes that a band from denmark picks a singer who lives on the other side of the globe? Doesn’t that require a lot of travel for you (or the band)?

We chose each other. It was immediately clear to everyone that, together we are a perfect fit artistically; by comparison, any of the many challenges such as the travel requirements and the global proximity are quite insignificant to us.

What inspires you? Does that inspiration lead to your style of music (as a band)? I think all four members come from different directions, but form such a union. How did that come about?

What inspires me? That is a very difficult question to answer. I have a rather rare ability to be inspired by everything and anything. I could write a song about washing dishes if I thought anyone would connect with it. How did Road To Jerusalem form? My honest answer is that it is that it was just amazing luck, very much like winning the lotto. 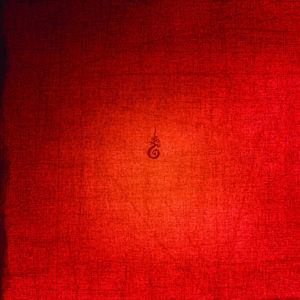 I think you guys really have a unique style. Do you had to justify that towards your label? Did they asked you to be more mainstream or adviced you to use more “catchy tunes” or the like?

Not at all. Vicisolum was very enthusiastic about the music and gave us everything we asked for. RTJ would never sign with a label that would ask us to justify our music or to write, “catchy tunes”. I believe our songs are pretty catchy already,

The bandname implies the idea of a journey or a travel. How do you see the level of suspension of the album? ‘Jack O’Diamonds’ as a calm tune at the end, ‘Andromeda’s Suffering’ in the beginning as a song which has a marching feel to it. Do you had a certain idea by ordering the tunes?

The name Road To Jerusalem does imply a journey and I feel like Andromeda suffering sets the tone of a departure to take you eventually to the arrival in a dark place : ‘Jack O’ Diamonds’

‘Widowmaker’ – What’s the story to the song? Who had the idea for the video?

I wrote the lyrics to, ‘Widowmaker’ to fit the music. Where I come from (editor’s note: Portland, Oregon), a widow maker is a dead branch in a tree that falls on the head of unsuspecting people below- it also refers to a heart condition which kills the patient instantly. I wrote it about a cruel woman I used to know. The idea for the video (official video on Youtube) was the vision of the director, Miriam Zakarian, who, in my opinion did a fantastic job capturing the mood of the song in the dark imagery of the video.

I found Teaser to ‘Them’ and ‘Widomaker’ on Soundcloud on Per‘s (Per Møller Jensen) page. Did you record these in your rehearsal room? They sound so live.

I recorded those vocals in America on my laptop and sent them to Per and Michael, who did their best to mix them – those versions are very rough, but they were an excellent guide for the final versions.

How did the past shows in denmark and sweden went?

I must say all of the shows went fantastically overall. The Åalborg Metal Festival show was very challenging for me personally because I’d never performed in front of an audience of strictly metal fans- their reaction was strange because I don’t think they were expecting the type of music we play- We aren’t what you would call “true Metal”- so that was a learning experience for all of us, but after that show, as I say, we were very well received in Sweden and Denmark and we instantly made a lot of new friends. We believe that there aren’t any bad shows, only learning experiences .

What are the plans for this year? Any festivals or additional tour dates planned?

As a matter of fact, we are supporting Ophaned Land Land on a leg of their European tour in the next 2 weeks in Italy, Switzerland and France. We have other festivals and tour dates for later this year that we are in the process of finalizing.

Since we are a Web Mag dealing mainly with all sorts of music which might be remotely put into the “progressive” genre, does the label ‘progressive’ mean anything to you?

One of my favorite bands of all time is Queen- and they are considered (especially with their early works) in the progressive genre, and later became mainstream – so what it means to me is that we are right where we are supposed to be. Progressive to me means, “Avant Garde” “Tip of the spear”- that is pretty lit up (awesome) in my opinion.

Josh Tyree of Road To Jerusalem about the new album, inspira… 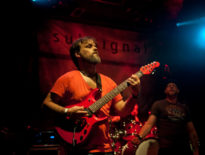 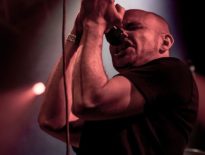