»I just wanted to survive, so I thought it would be nice to take these bad things and transform them into something positive.« 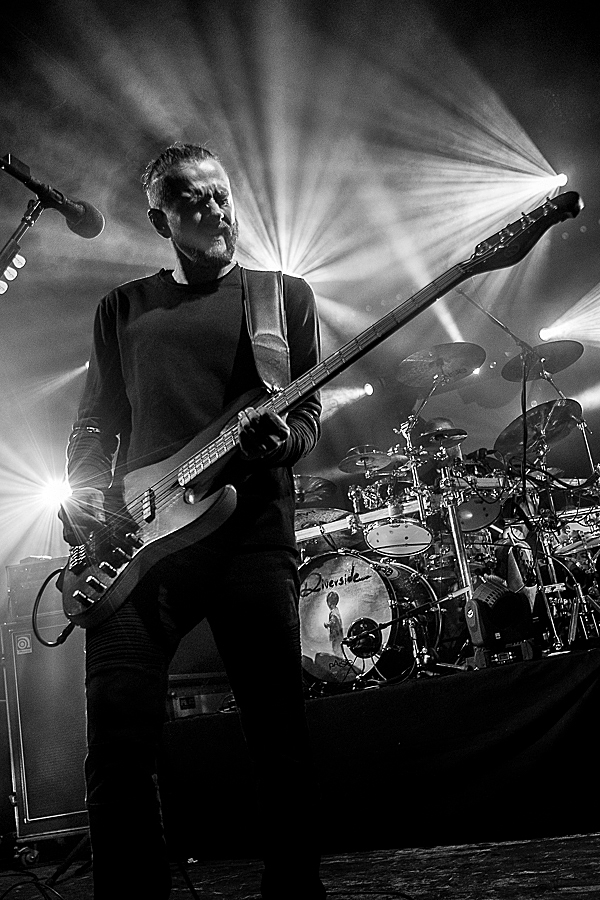 Lunatic Soul, the side project of Riverside frontman Mariusz Duda, release their fifth album: “Fractured” is out on October 6. Duda deals with the year 2016, in which both Riverside guitarist Piotr Kozierdadzki and his father died. Not an easy topic: Duda opens himself more than he ever did and at the same time the music turns out to be more accessible than ever. But, lovers of “Walking On A Flashlight Beam”, there is no need to worry: Duda does not take the pop music turn of Steven Wilson. The editor in charge fell in love with the new record and took the opportunity to chat with the likebale Pole about “Fractured” (despite some technical difficulties).

I saw you on your latest tour in Cologne a couple of months ago. I really liked it, especially since the tour was something special for you and for the audience.

Thank you! After what happened the year before, that was one these goals: To bring Riverside back to life!

I think it worked very well and all three, or all four of you, achieved what you wanted. You already mentioned it and I guess that’s what everybody asks and wants to talk about: The year 2016 was not easy for you, not easy for Riverside, and it also of course influenced the new Lunatic Soul record “Fractured”. To make this record might have been a little bit of a therapy for you, I guess?

True. You know, there were a lot of books on my desks, and lots of films I was watching constantly as an influence, but the last year was just the main influence for everything. I just wanted to survive, so I thought it would be nice to take these bad things and transform them into something positive. The whole time in the studio was a very positive time for me.

So making the album was an enjoyable experience? Or was it difficult for you?

Lunatic Soul is a death-subject. It is a project that is mostly about death. The first two records were about journeys in the afterlife, “Impressions” is similar to the this, “Walking On A Flashlight Beam” is one of the darkest albums I ever recorded, it’s about suicide mostly. So imagine: All this stuff suddenly happened in my real life! So I thought to myself: What else can I do? Move forward with “Walking On A Flashlight Beam” and record – what? Lustmord? Jesus! I really didn’t want to do something like that, so I said to myself: Okay, I feel broken, I feel fractured. So that should be the cover of this album, that should be read, that should be sharp. And with that everything went musically. I decided not to use all these ambient layers, all these reverts. Now it sounds a bit like eighties (laughing). I wanted to go into that direction and simply have fun. But mainly I wanted to do an album about someone who is not delving into the darkness, but someone who combines all these fragments that are lying around him and combines them to one piece and live up. Mostly I think I did a kind of a positive album. 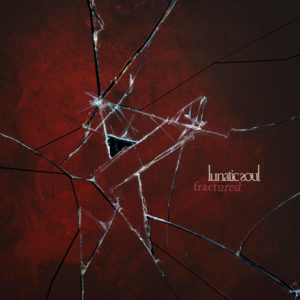 I think so too. I really like when you sing in the end: “I’m moving on.” After all these sad topics it’s a nice positive outlook into the future.

Yes! I think the last two album I recorded, Riverside’s “Love, Fear And The Time Machine” and the last Lunatic Soul record, are about the light at the end of the tunnel, if one can say so. Even if there is still lots of darkness and melancholy on the new record, the final message is more positive than negative.

I could imagine that it’s not that easy to open up like that in public. I mean you always did that in one way or another, but this time you show yourself very vulnerable. I don’t think that everybody would be so open and release a record that is so personal and reflects all these feelings. But you thought it was the right decision, I guess?

Yes. This is what we said earlier, this is my therapy. This is what I do, this is what I feel. I am not writing about fairy tales, I am not writing about policital situations or that kind of stuff. Let’s be honest: I am always doing some kind of stuff that you could listen to when you’re visiting a shrink. All these things that I want to say and talk about are really intimate and close to your skin and to your heart. That’s why I thought there is nothing wrong with doing something very intimate and very personal. If it can help me, maybe it can help someone else, who feels similar. Everyone lost someone real close, everyone once in a while struggle with their situations. I am trying to be honest with the music that I do.

I could have cried during ‘A Thousand Shards Of Heaven’. It seems to work!.

The album starts with ‘Blood on the Tightrope’ and there is this positive vibe, all these electronic eighties influences that you mentioned, and it’s very forward and I fell in love with it right away. And I thought this is a good starts for this kind of record. And it also signalled for me some kind of change, maybe. And this fits to you saying that it’s the most accessible record you ever did.

I was tired a bit of doing these dark things and I wanted to feel more powerful and I wanted to create this kind of music too. Music that is more self-confident, more dynamic. That’s why I skipped almost thirty minutes of music for the record, because in the very beginning I started to write the same way like before: We had a long intro again, we had another two or three ballads. But then I just realized: No, it’s just the same as always, let’s give it a new quality. So when ‘Blood on the Tightrope’ ‘happened’, I said “This is a good opener, we should start with that.” These kinds of things helped me to set the whole album. And I knew: “Great, I will only have to leave these two ballads, because I spent lots of money for the orchestra” (laughing). But it gave the thing the right balance. I am really happy with the final result.

Yes, I agree. I thought: You could dance to the opener, it’s danceabel!.

The last albums were full of oriental sounds and were mostly inspired by things like Peter Gabriel‘s “Passion”. When I started to create oriental things again on this one, I knew that I was just repeating myself. I didn’t want to do that, so I said to the sound engineers: “You know, guys, I will leave the orientals this stime. We need to replace them with something.” So I replaced them with more keyboards, because this is my first instrument. And suddenly more electronic sounds came up.

I like the approach. ‘Anymore’ could be played on the radio.

I just revealed the video for that. It’s really nice and it’s the first Lunatic Soul video! 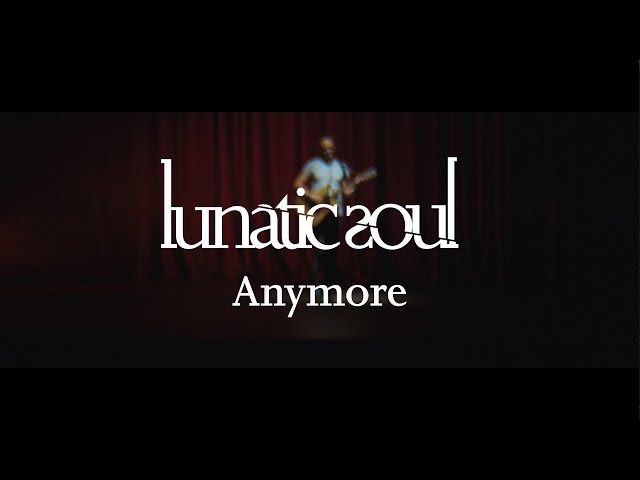 Do you have a favourite song on the record? Or is it hard to tell?

I’ve got several. To be honest, I think it’s a pretty decent album and lots of songs are quite nice. I like ‘Anymore’, I like ‘A Thousand Shards Of Heaven’, I like ‘Battlefield’.

‘A Thousand Shards Of Heaven’ was my favourite, too. I really liked the saxophone in it. Is it the first time that there is a saxophone on a Lunatic Soul record?

For Lunatic Soul it’s the first time. Marcin Odyniec plays it, he already played with Riverside.

And you have the mentioned orchestra (the Polish Sinfonietta Consonus Orchestra, note from editor) on the record!

I’m in the touch with the conductor Michal Mierzejewski. It was a proposal from him one day after we met at a Riverside show. He wanted to do something together with me and Riverside. That was the moment when I said: “Why should I wait for another Riverside album? Let’s do something NOW.” It was at a time when I was still searching for the style for “Fractured”. I recorded the orchestra and later I realized I wanted the album to be more electronic. But the orchestra was so expensive that I didn’t want to cancel them. I happy that I left them because, as I said before, with them we’ve got a very nice balance on the album.

I was wondering what question you were asked mostly during your latest interviews. Did I ask them already?

No, it’s fine. They always ask me if Lunatic Soul can go and play live. It’s always the same question.

I always say that I will do this after the next album. But seriously, I wanted to go and play some shows with Lunatic Soul after this one. But under the circumstances that happened with Riverside, we need to go back on tour and we need to create the new album, you know, as trio. So I had to postpone this. But let’s see what will happen after the new album release. If peole still demand “Please go and play something”, I will probably have to do that.

You should! It’s time!

It’s about time, because next year is tenth anniversary.

I thought the same. So, when does the Riverside tour start?

The tour starts at September 20 until the “Fractured” album release. And later I have some kind of a little promotional tour for that one in Poland. Around mid-October I will finally find some free time to catch up with some things. Entertainment, series, whatever. Or even some games. Fallout 4 is still waiting for me. And later at the end of the year, beginning of the new year, we’ll start composing the new Riverside record.

Did you start already?

I’ve got one song. Still in my head, but I think it will be the beginning of something new. Good for the festivals!

The first time I saw you a couple of years ago was on the Burg Herzberg festival.

Oh, yeah, yeah, yeah. I remember we played there like three times and the last time was the worst show we ever played. We all played with sunglasses (it was afternoon, note of the editor) and we made terrible mistakes. I don’t know what happened. But, you know, it’s a hippie festival, so no one cares about it. Everyone was happy. I like the mood on this festival, to be honest.

Are you looking forward to looking as a trio on the new album or are you a bit sceptical?

I am looking forward to it! I think there is still potential and I think I can manage that. I think we will record shorter things, shorter, but harder, more like ‘Panic Room’ stuff. This is what I would like to do right now, because I think we don’t have that many tracks that are short and powerful. So I wanted to catch up with this. And after “Love, Fear And The Time Machine” , which was really inspired by the Little Prince, which you can see on the cover, and which was really melancholic and soft, I would like to go back a bit and do more intense sounds.

Do you know when it will be released?

I think it will be around August next year. 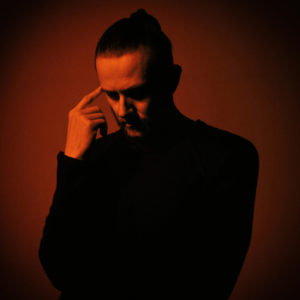 “Journalism is a low trade and a habit worse than heroin, a strange seedy world of misfits and drunkards and failures.” - Hunter S. Thompson. “Art is long and life is short, and success is very far off.” - J. Conrad 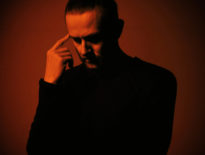 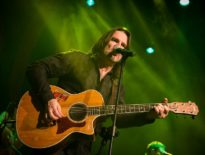