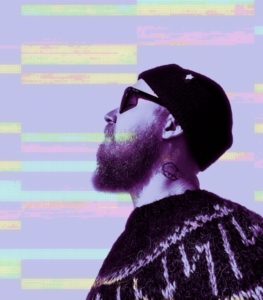 »The style is less prog-rock, and more electronic. But there is a bit of prog, and post-rock elements as well«

In December 2017 we introduced several prog acts in the context of a “Norwegian Week” or Norway Special – amongst them the very talented band Pixie Ninja. A few months after the release of their second album one of their members comes up with a solo album. So it’s about time for another Norwegian Special!
Marius swiftly replied to our questions and provided some background information.

Interview in German
All english interviews on BetreutesProggen.de

You have just released your first solo album – how were the reactions on this album so far keeping in mind that those who know your name from your band Pixie Ninja will be surprised to hear a pretty different style on this opus?
The reactions have been positively good so far. Certain aspects in this particular music genre are not so different from Pixie Ninja’s style I would say. The style is less prog-rock, and more electronic. But there is a bit of prog, and post-rock elements as well. It seems like many people from the Pixie Ninja fan base also appreciate this album and the sound of it. 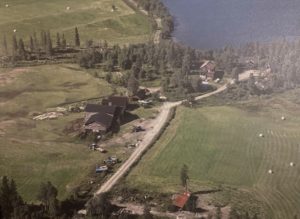 Can you provide some background about the concept of this album?
The album is inspired by local family history on the Leirånes mountain farm. I share a deep connection to the farm, and the mountains surrounding the area, and after several visits I decided to do some research and write music inspired by events that occurred during the timeline between 1650-1959. I had to dig up bits and pieces here and there to be able to write down notes for the album. Short stories have been written down and are presented in the cd/lp version of the album. Back in the early days, life was tough. Survival was the key, and everyday labour was hard. At some point people had to relocate around the world, especially the USA in order to get work. So basically the album Langtidsperspektiv takes you on a journey that ranges from the serene to the stormy, and from the tragic to the triumphant.

Have you previously tried to convince the other band members to include this kind of music also on Pixie Ninja albums or was it clear right from the start that this will be stuff for a solo work, exclusively?
It was clear from the start that this was going to be my very first solo album. Pixie Ninja is busy planning new music, so whenever I had the time to spare, I would sit down and work on my own album. I used roughly six months to write the album, and it was a joyful experience. I had it all figured out, so I knew right from the start where I was headed, and what I had to do in order to get it right.

Which bands or musicians had most influence on your music – within the band and as solo artist? How would you describe your music in just one sentence?
I have been watching a lot of movies from the eighties lately, so I think a lot of inspiration came from those movies. John Carpenter is one of the musicians that comes to mind when I think of inspirational sources. I also watched Blade Runner several times in that period, so it is natural to think that influences from that movie popped into my head when I wrote the album. Also the soundtrack written by Jóhan Jóhannsson for the movie “Mandy” has been a huge inspiration as well. Describing my own music is impossible, I actually have no idea what to name it. I leave it for other people to decide as it does not really matter to me personally. I do not think of genres when I write music. It is what it is, I guess.

There is a huge progressive rock scene in Norway – how about the genre you present on “Langtidperspektiv” – is it the same for this kind of music? The first name that comes to my mind would be Breidablik.
Actually I recently came across Breidablik, and I can hear similarities between our music. Morten Birkeland Nielsen is a great musician, and I have listened to his albums several times. Trond Gjellum, known mainly from Panzerpappa, is also into electronic music and he is currently working on a side project called “Elektrond”. Other than that I do not believe there is a big market for this kind of music here in Norway. Germany on the other hand is big on this kind of music. I have been listening to Nils Frahm from Berlin a lot lately, and I have grown very fond of his music.

Though it sounds like a typical one-man project you have a few guest musicians on board – well-known names for fans of the Norwegian progressive rock scene. How did this happen?
Music is meant to be shared I believe. And it is for that reason I decided to reach out to my friends and music colleges. As soon as I finish a song, I usually contact people I know and ask them if there is something they would like to add to my track. I really enjoy working with music that way. You never know what’s going on in other people’s heads. So it’s really exciting to listen to what they do with the material they are presented with, and how the song turns up in the end. 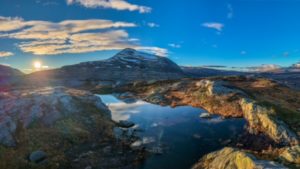 Which instruments do you play?
The instruments I have used on this album vary between keyboards, bass, glockenspiel and other bells, kalimba, modular synths, and other various instruments.


Talking about perspectives – will you continue to perform this kind of music besides your activities with Pixie Ninja?
I have been thinking about another album I would love to write in the future. I would need some time for planning, and I would need to acquire a specific type of instrument that would act as the key factor if I am going to be able to write it as I intend. Right now I need to focus on Pixie Ninja mainly, but when the time is right I will go back to focusing on my own material.

It’s been a while since we featured your band in our “Norwegian Week” on Betreutes Proggen. In the meantime you’ve released a fantastic second album and – if I am informed correctly – even have toured in the US. Can you tell us more about your experiences as a live band?
We toured in the US back in 2018 with Pixie Ninja. And we did several more shows between 2018-2019. We never intended to play live shows, but it kind of happened anyway. We still use Mattias Olsson from Stockholm Sweden, so every time we plan a new show, Jostein and myself would need to travel to Mattias to be able to rehearse for live shows. It has its ups and downs, but we always figure out a way to make it work out in the end. Our career as a live band suddenly stopped when COVID-19 made its evil appearance, and we have not been on stage since. 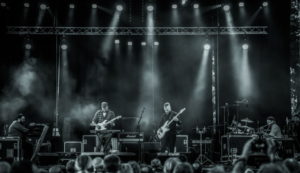 What is the current situation regarding today’s constant theme COVID-19? Are you able to perform gigs in Norway right now (status August 2021) – if yes, what are the requirements?
There is a possibility to play live shows in Norway currently (it may suddenly change). I’m not sure about the size of the shows, or how many people who can attend. We are not planning anything right now anyway, so I have not updated myself on the recent requirements. The requirements change from time to time so it’s hard to keep myself updated at all times. COVID-19 has made quite a mess I would say, and I hope it will end soon.

What are your future plans with regards to Pixie Ninja?
Pixie Ninja is quite busy at the moment planning new music. Information regarding the new album is just around the corner. We also hope to be back on stage in the near future. It requires a lot of planning, and rehearsing, but we hope we will be able to make it happen. 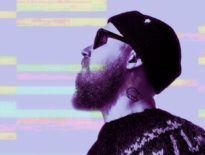 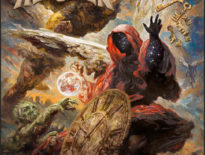