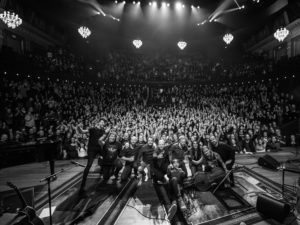 After the audience was stunned when the Maiden-song ‘Empire of the Clouds’ was performed at the Royal Theatre in Amsterdam in January, Joey Bruers and his Band decided to record the track. And this idea was dead right, not only the assigned writer was impressed; even other team-members felt the urge to order EP and shirts. Just after the release, Joey agreed to have an interview with BetreutesProggen.de, and talked about the band’s dynamics, songwriting, and touring plans in the US.

First of all, great idea – great project – great band you have here. I really enjoy what you do! Did you expect this development in any way?

Thanks for these nice words! Much appreciated. To be really honest we’ve never expected this progress, but we are enjoying every single minute of it. I think no one on the whole planet expected this… 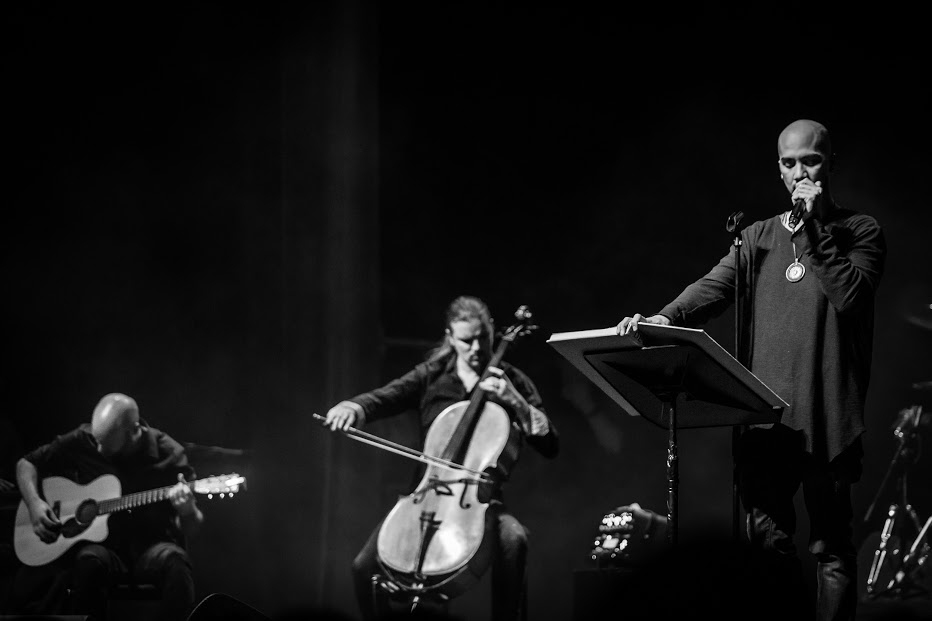 Meanwhile you have a quite recognizable number of rather well-known members… How did you all come together?

One way or the other these musicians crossed our way. Most important is that the ‘uniteD’-part in our name became bigger and bigger year after year. Working with different musicians was one of our main priorities. Now we have gathered this list of ‘uniteD-musicians’ we can be very proud of. And this list of musicians we have worked with is already amazing, looking forward to those who will be joining in the future.

How do you decide on who features specific tributes?

Well, we analyze which song(s) fit the best for each musician. Then we will get together in a studio and see if things work out like they did on paper. Mostly all ideas fit directly, but sometimes we do need a change, a change of arrangement or a change of song. But in the end we always find the perfect match. 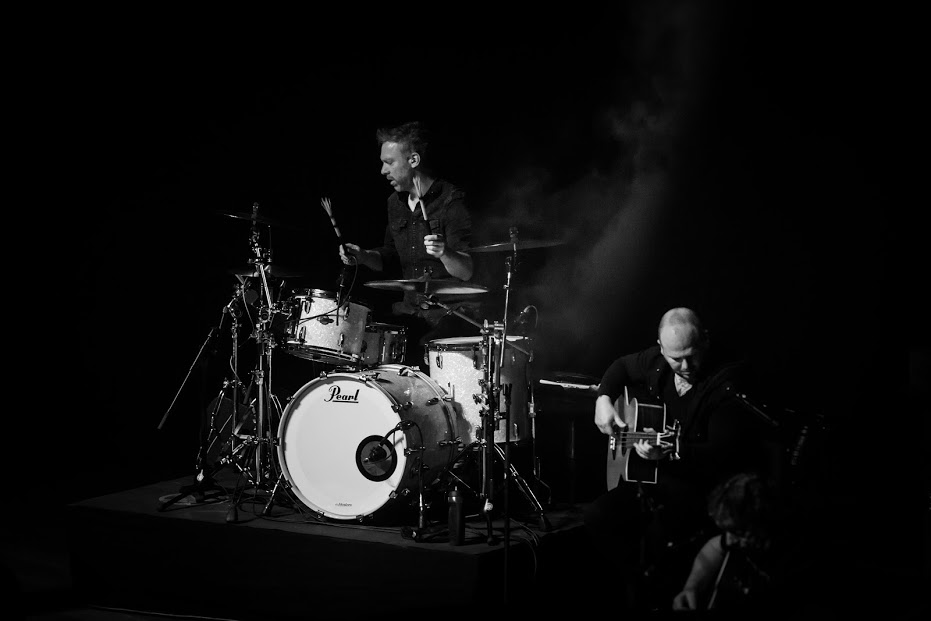 Can we expect new members of Maiden uniteD?

Your present EP a href=”https://www.betreutesproggen.de/2018/06/maiden-united-empire-of-the-clouds/” rel=”nofollow” target=”_blank”>”Empire of the Clouds” – is it a result of the audience’s reactions from the concert at the Royal Theatre in Amsterdam only or did you have any previous plans?

We never dared to have plans to record this track. Working on Empire of the Clouds was a privilege of the highest order. The song contains everything what an epic track needs. It was really risky to perform this song live on stage. We never felt that nervous before a Maiden uniteD show as at the one in the Royal Theater. The thing is, we never realized that this track was so impressive for the audience as well as we were complete focused on ourselves. After the show people cried and tears were all over the theater. It was the day after that we all decided, let’s get into the studio asap and let’s do that thing! 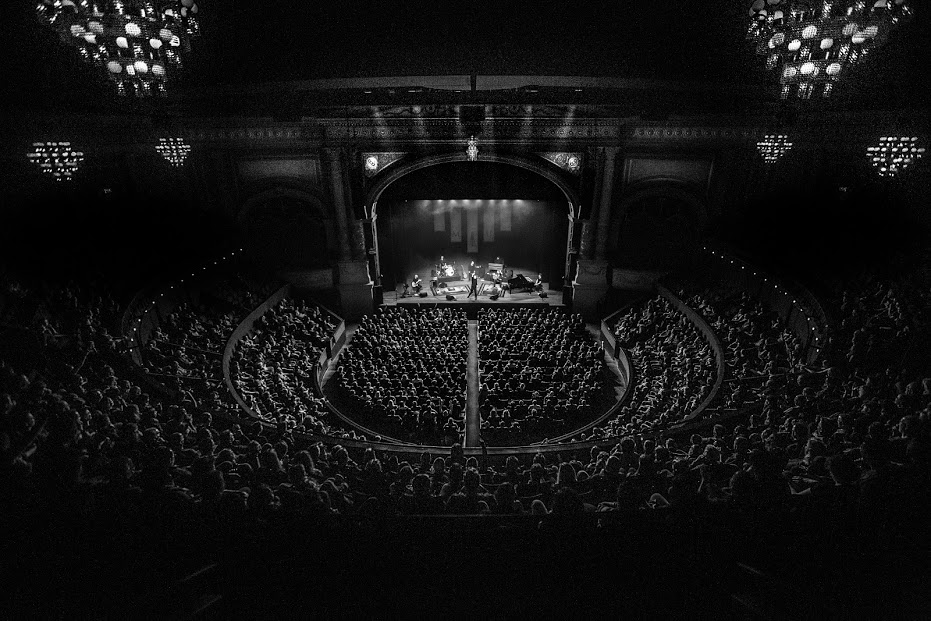 Dividing the story of the R101 into four parts seems reasonable to me. How did you come up with such structure?

When we start rearranging the songs, we chop them into little pieces and build them up again. When ‘EOTC’ was cut in pieces, we had 4 different parts in the story. It is the story-line that makes this song loaded. We kept working on these 4 individual parts with the idea to make it one song again in the end of the day.

Maybe a bit early to ask, but do you already have plans for another tribute? If so, any idea who would feature that?

That is way too soon to answer, as we are now up for promoting ‘EOTC’ live on stage in Europe. There are some plans for a US-tour. Once we finished the tours we’ll have a thought about a new chapter. 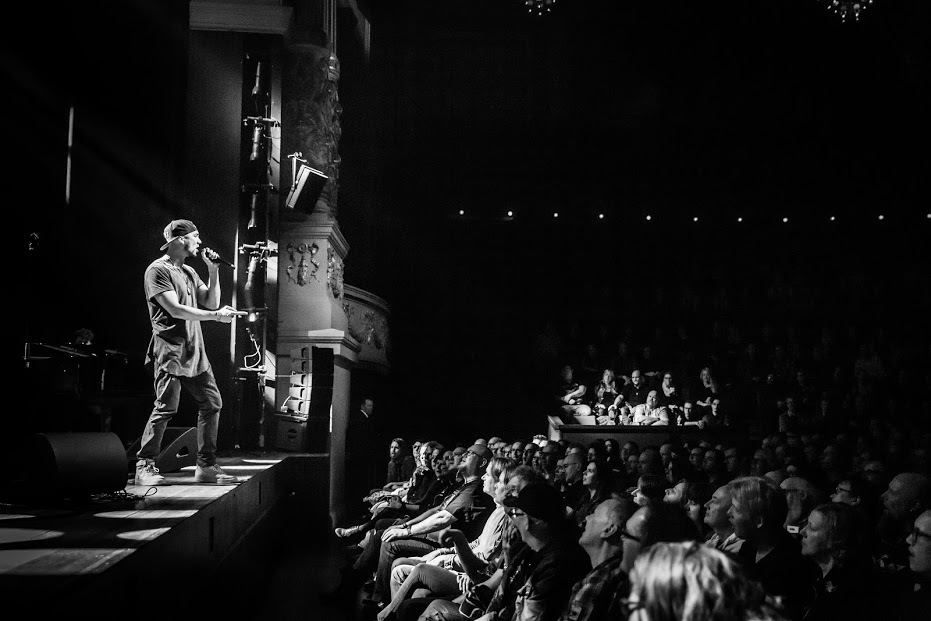 How are the reactions to your music? I can imagine there are “Hardcore-Maiden-Fans” disliking what you do…?

No, most of them do like what we do. Actually a few of them don’t like Maiden uniteD. Funny enough there are people getting to like Iron Maiden after they heard Maiden uniteD. I know it’s the other way around, but it is there…the world upside down…haha But hey, everything we do is with full respect towards Iron Maiden and their songs and songwriters. Someone who loves music will hear this immediately. Let’s pull no punches, Iron Maiden is the greatest influence for all Hard Rock and Heavy Metal bands. One way or the other, all bands are doing the same as Maiden uniteD does. Maybe they don’t realize this by now, but when all bands have a deeper thought, they will reach Iron Maiden in the end…hahaha yes, all bands are Iron Maiden tributes…hahaha…we are doing it the acoustic way…

In the near future you are having several concerts within Europe. What (and who) can the audience expect there?

We will start with a few “Empire of the Clouds”-shows in Europe. We are working on that US-tour and there will be some theater shows coming up. The line-ups will be different due to the busy touring schedules of all musicians. We will play the entire “Empire of the Clouds”-EP and songs from the previous three albums. 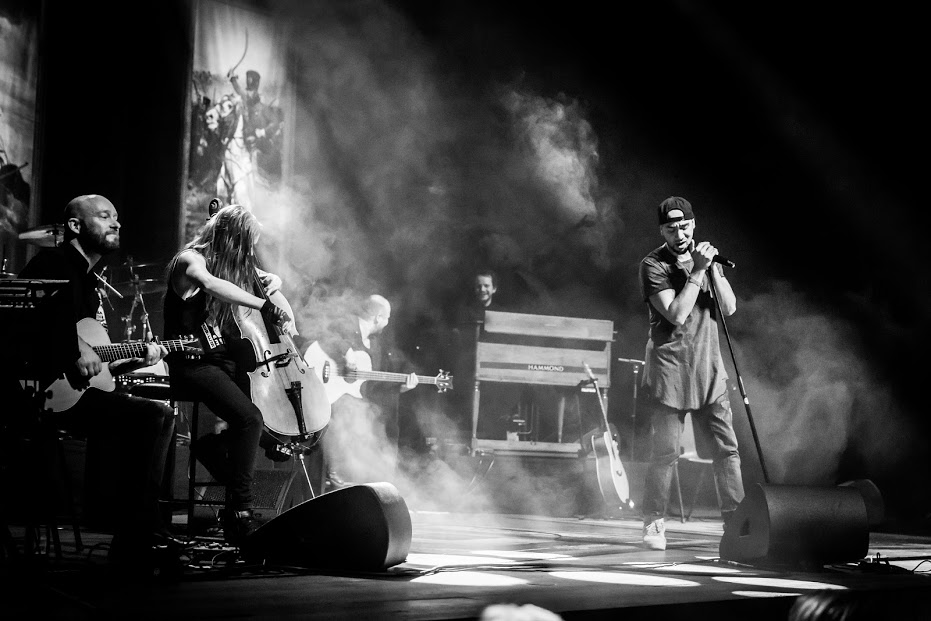 Thanks for taking the time to answer my questions, the final word, of course, belongs to you…

Thanks for promoting Maiden uniteD and “Empire of the Clouds”.
Hope to see you all somewhere on the road!

Joey Bruers of Maiden uniteD on the band’s dynamics, s… 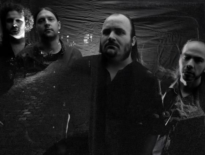 #Teapot of the week Steorrah zu “The Altstadt Abyss” 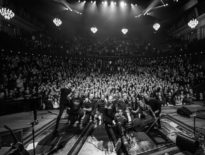