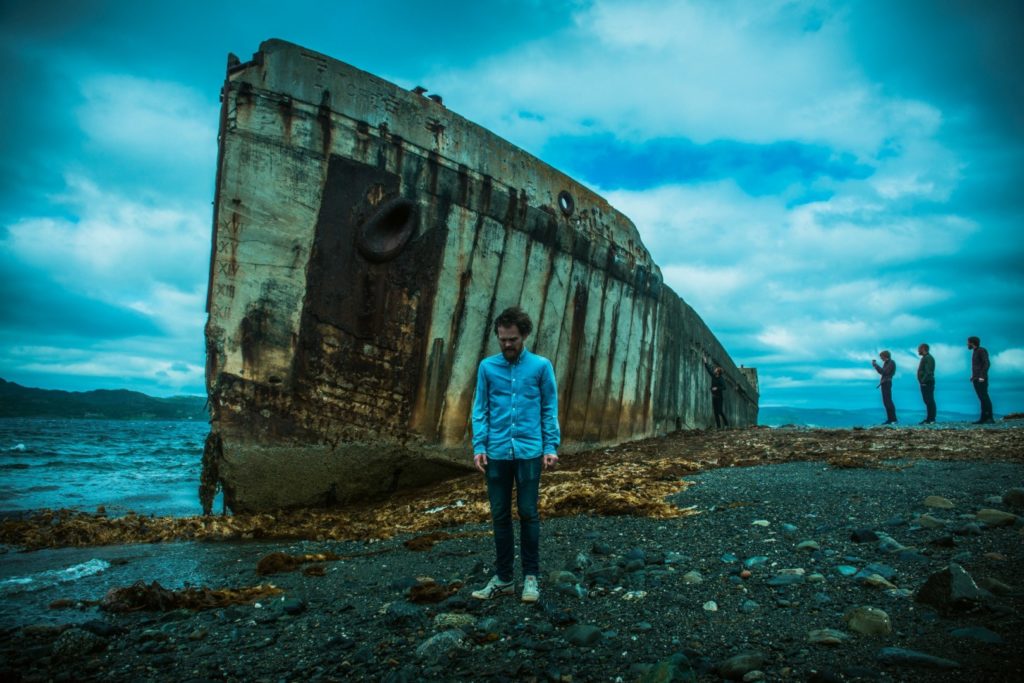 In November 2021, the Norwegian band Soup have released “Visions”, their eighth regular studio album. After the great critical reception of its predecessor “Remedies”, we were happy to get the opportunity to have a conversation with singer and songwriter Erlend Aastad Viken.

BP: Good evening Erlend. How are you? Let me shortly introduce myself. My name is Florian. We’ve met already three years ago. You were playing in Dormagen, close to Düsseldorf in a very small venue called Pink Panther.

Erlend: Oh yeah, that was a fun night.

BP: I actually had seen you a couple of days before at the Gloomaar Festival and I was so blown away, I had to see you again. There’s rarely been a band that had blowm me away in such way. That’s how I got to know you. But now it’s more about your new album. I must say: back at that time I only knew “Remedies”. I had no idea what huge backkatalog you actually had. I had the feeling, there were quite a lot of people who actually thought you were a newcomer band. Starting with that perception, maybe, you can give the readers a little summary of Soup’s history. If I get it right, Soup started as a kind of one man project? So Soup is your baby, is that right?

Erlend: Yes, in 2005 I started Soup and after maybe two years I started playing live with a few friends and we released “Children Of E.L.B.” after my first run which was “Come On Pioneers”. So “Children Of E.L.B.” was with the band and the band changed a bit. And we released “The Beauty Of Your Youth” years later with another constellation of the band with different members. And then the next was “Remedies” and in between these albums I also released some solo albums so to speak, with “DUUN” and “Entropia” and B-sides.

BP: I also just listened to your new Solo album “Giant Sky” which is a bit of a different style I guess but quite interesting. When did Soup change for you from a solo project with musiscins you added to help you to a real band?

BP: I guess all these people had an influence on your music… How would you discribe the development of your musical style in those years? In your perception, are you still doing the same music like in the beginning or have you gone a completely different way?

Erlend: I think my songwriting has developed throughout the years since 2005 until today. I have been on a journey and developing my songwriting quite a bit and I have some core values which are still there today which were already there in 2005. Some things stayed the same and some things have evolved. So I would say. My songwriting has become a little bit more complex than it used to be but I still hang on to the ambition to convey some real emotions when I write songs. So there is always a strong communicative ambition in my songwriting.

BP: On “Remedies” the songs were based in art rock, very song oriented, but the more the songs progressed, the more they moved into Post Rock. But on “Visions” Post Rock has given space for structures of classical music. Am I right there?

Erlend: You are right, even though I am not so interested in theories around music. I realised there is a change of structure the way the songs are build. I think this album is less of a Post Rock album than the previous one. It’s more Folk Rock and Progressive Rock i would say. 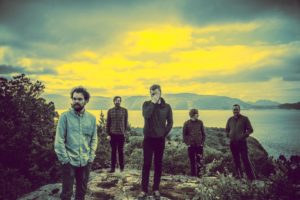 Erlend: I think I can compare it with the philosophy of David Lynch of “Twin Peaks”. He is always confronted with this logic and story lines and the script and how… It is so abstract at some times. Lynch always says there is no logic in life and it’s kind of the same philosophy.

BP: When I think about Lynch, he only make sense if you stop trying to interpret any kind of sense into it.

Erlend: Exactly. There is no. I did not really think about the fact we have not any hooks or choruses. It’s just music.

Erlend: Yes, it flows, and that was what kind of the plan as well. No thinking, just acting. Let us go whereever the song takes us.

BP: How was it for you during Corona as a band? Are you all located in Trondheim? Where you able to meet? Or was it all only happening online? Can you tell us something about the process of making the album.

Erlend: Well, i am the songwriter and these song have been written by me. But we have arranged it as a band. It happened prior to the Corona epedemic. We were already finished recording the album when the pandemic happened. Though it has been a long wait to release this album we have not been affected by the virus.

BP: What was the point to wait with the release for so long? Was it marketing reasons or was post-production procss not completely yet?

Erlend: The skeleton of the album was recorded but we had to do a lot of add-ons,. That took a lot of time. And also the artwork and all that stuff finally made it impossible to release the album through physical music stores. I think it was only fair to wait until the music stores could actually sell it physically. Otherwise we end up just selling it online which is not so sympathetic.

BP: You have mentioned the cover artwork. Lasse Hoile has been working for you for a couple of albums now.

Erlend: He has been working with me since 2006. So it has lasted for about 15 years now. 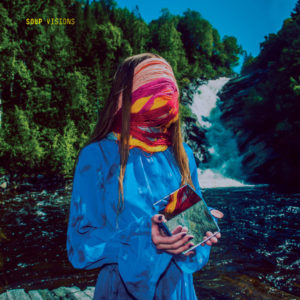 BP: And you met because he discovered your music? He got in contact with you?

Erlend: Exactly. It was with the “Come On Pioneers” album.

BP: When he is working for you, what do you give him? Do you give him song titles? Or the album title? Or the music? Or dou you just say: “Do anything!”? How does his work start to develop?

Erlend: I usually just send him a few demos of the album and that’s it. I try not to interfere too much. He always makes lots of alternatives, so there are no problems to find a way.

BP: On Bandcamp your back catalog is only available as download or CD right now. There are no formats available to really enjoy the visual arts. Are there any plans for the future to do vinyl re-issues?

Erlend: Yes. The focus has been mainly on the new album. We had not really the time to sit down and figuring out how and what to re-press and re-release. But we will eventually make an edition I guess for the older albums. We like to make smaller editions because that tends to be more appreciated. So for the re-pressing of these previous albums there will be only a few hundered I guess.

BP: Have you had any voice in the packaging of the vinyls? “Live cuts” and “Remedies” were really sticking out because of the high quality shimmering packaging.

Erlend: Yes, we are really focused on making high quality products that do not break apart after two years of use. So there is a wish from the band and from the label to make really solid work when it comes to physical formats. The packaging and the glossyness you talk about is part of this. It is supposed to feel a bit luxurious. That’s because it actually costs a lot of money to produce these items.

BP: That sounds like you are a music lover yourself…

Erlend: I am not a collector. I have a few vinyls in my Hi-Fi furniture but not that many. I am not sure if I consume that much music actually, because i make and I spend a lot of time writing music. So i need time to rest and all that stuff. I am not a big collector but I am a really big fan of artistic visions and how we should treat music as an art form. I really enjoy artists who put there heart and soul into stuff and move away from the financial aspects of things and actually make something worthwhile.

BP: I think this is the right way, but I don’t know if everybody is able to do so. There are lots of musicians who are really fighting to survive. And a lot who are giving up. When money becomes an issue there is a big difference between vision and reality.

Erlend: Absolutely. If money was the only motivation we would probably do something else than making music. I never really earned any money on making music. The first albums were just costs and didn#t earn anything and I still have nothing to show for financially, really. It’s just the artistic calling in my life. The Music. Money was never an altering fact. 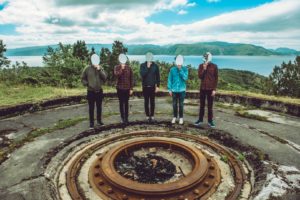 BP: What is your regular job, if I may ask?

Erlend: I am actually unemployed. I write for a newspaper on a time to time basis. So i am self-emplyed.

Erlend: Exactly, so I am a freelancer in media. I am educated in media science.

BP: Which gives you on the other hand the chance to take time off if you need to. To go into the studio or on tour. Sure, you have less security, but on the other side you have flexibility.

BP: Is there anything you want to tell about the lyrics? Is there a certain greater topic?

Erlend: The lyrics are mostly pretty personal i would say. There are two main stories to be told in the lyrics for this album. One is on a personal level from my part and the second one is connected to environmental issues and political issues.

BP: You said you have not been listening to so much of music. But somewhere you need to get your inspiration from as well. What would you say were your main three musical influences for the new album?

Erlend: I believe that one of them must be King Crimson with “Red”. The ‘Starless” song is the main influence for the King Crimson part.
Also ‘Shine On You Crazy Diamond’ by Pink Floyd and maybe Nick Drake with “Five Leaves Left”. I think, maybe you should probably swap ‘Shine On You Crazy Diamond with Godspeed You Black Emperor! with “Lift Your Skinny Fists Like Antennas to Heaven”.

BP: That’s a classic. I remember still when that came out…

Erlend: I was at there concert in 2001 when they played in Oslo. That was really special

BP: And now, to come to an end: I must say I am a little confused. When I read the Thank You list on your Bandcamp page, for me that sounded more like a farewell. Also at some point I read in a press info that “Soup will be releasing their final album as a band”. Have you decided to de-band or what is the story behind this sentence?

Erlend: To tell you the truth, i don’t know.

BP: Good. That gives hope to everybody who loves your music. And i must say, it would be a shame. I would love to at least see you on another tour and it would be great to hear more music from you as a group. But i think whatever you gonna do, you gonna remain a musician with a lot of passion. In one way or another we gonna hear from you..?

Erlend: Yes. I think you will. So, at least you should go and check out my solo album as well (We did!, Final Editor). The Ginat Sky project will also be releasing more music.

BP: Good to know. I want to thank you very much for this interview.

Erlend: Yourself so. Thank you Florian. Bye Bye.

Abbildungen: All images were kindly provided by IDVI Agency. 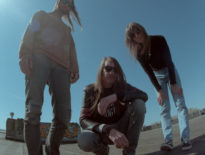 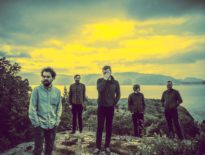