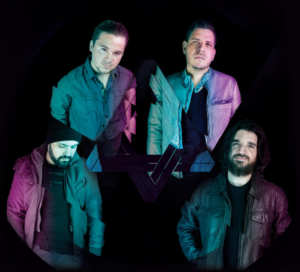 In November 2020, “Skylighting”, the third album by Puerto-Rican band Avandra was released via Layered Reality Productions. As the album is quite unique in its mix of Progressive Metal and ambient sounds, we were happy to have the opportunity to ask a few questions to singer and guitarist Christian Ayala Cruz.

Hello Christian. First of all, thank you for the time you have taken for this interview and congratulations for your latest album “Skylighting”. You come from Puerto Rico, an island located in the Caribbean, which is not specifically known for its Progressive Rock scene, at least not here in Europe. Could you please tell us something about your local music scene? Are you the only Prog band on the island or can we hope for something like a Puerto-Rican prog explosion in the future?

The scene in Puerto Rico is mostly dominated by Indie music on the Rock side and by Thrash on the Metal side. There is no Progressive scene per se, but rather the other few other Prog bands belong to the Metal scene. The people that go to shows in the Metal scene are pretty open minded and can appreciate anything that’s well done, be it Prog (some other bands are Moths, Fractal Frame, The Wrong Sides, Paricia’s Patience), Doom (Dantesco), Thrash (Zafakon and Calamity), etc. Not entirely sure of the future of Prog on the island, to be honest. I mean, it would be great if Prog started gaining traction here, but I wouldn’t bet on it.

How did you guys get in touch with Progressive Rock? What are your idols and influences?

I started listening to Prog when I discovered Dream Theater at age 14, when a cover band randomly played ‘Ytse Jam’ at older brother’s Danny (whose a writer, so check out “Unaria”!) welcome party for his school. Back then “Scenes From a Memory” hadn’t been released and they weren’t as widely known as they are now, so finding albums by them was quite the task. Whenever I did, I bought them without hesitation, and I think that rarity made it so I became obsessed with learning everything I could about them and thus created a strong connection with those early albums. Then at age 19 or so I discovered Porcupine Tree alongside Opeth, and that kind of sealed it for me. I still like discovering new bands and have gone back to the classics but those three bands compose my Holy Trinity.

The other guys in the band have an assortment of different bands they love. Drummer Adrián is very much into old school Prog like Genesis and Yes, and some of the newer stuff like Haken. Guitarist Louis Javier likes older Prog as well like Kansas and Genesis but is also into fusion stuff and very much into Guthrie Govan. Bassist Gabriel Alejandro is kind of the odd one out, because while he does like Prog, his main attractions – so to speak are Funk bands, from Parliament to Promise.

You seem to be well connected to other musicians. Kevin Moore played on your second album and “Skylighting” was produced by Astronoid’s Daniel Schwartz. How did you get in contact? Have you been on tour together in the past?

The Kevin thing was pure luck. I had sent him a pretty nice message through Facebook explaining he was probably one of my favorite musicians of all time, and that it would be a privilege to have him log on the album. He was gracious enough to accept my request and did a great synth solo on ‘Derelict Minds’.

Daniel Schwartz and his band Astronoid were on the same label as us for the album “Descender”. The label arranged for Dan to mix it, and we got into contact that way. I went up to New Hampshire in August of 2018 to finish mixing “Descender” at his house studio. We’ve been friends ever since. His style of mixing was perfect for “Skylighting”, so I asked him if he would do the mix, and he accepted. The rest, as they say, is history.

And your newest guest musician Vikram Shankar, so far his name had been unknown to me. Could you tell us something about his background and why you have chosen him to play the synths on “Skylighting”?

Vikram I first heard of because of his band Lux Terminus. He also plays in Redemption and Silent Skies (with Evergrey singer Tom Englund). I loved his synth style. It was so atmospheric yet played with such virtuosity that when time came to do the synths for “Skylighting”, he was just the perfect fit.

On your last album you sounded in big parts a lot like Dream Theater but on the new album this has made space for more ambient sounds (which by the way fit perfectly to your relaxed and unagitated voice). What led to this development?

The original idea for the third album was to continue what we had done in “Descender” but to an even heavier degree. But just as we were beginning to record the drums, corona virus reached Puerto Rico and we almost immediately went into lockdown. Since we didn’t want to end the year empty handed, I decided to just write a different album, more in the mood of what I felt the year was making the world experience. It was written and recorded from March to May, so it was all done very fast, and this because I already had a clear vision that I wanted this album to make people feel very introspective and help them escape the horrible mess of the year by giving them an ethereal journey to go on. From there everything kind of projected itself quickly into what ended being this album.

In the press info for “Skylighting” there was written, that you were already working on new material when the pandemic broke out. ‘Celestial Wreath’ was written under the influence of these circumstances and that the rest of the writing of the new album followed afterwards. Can you tell us something about the writing process when you were socially distanced and about the lyrics of the songs?

As mentioned above, we had to postpone the recording of the original third album due to the pandemic. Because of this, like you very well said, I started writing ‘Celestial Wreaths’ as a one-off or single and that’s it, but all the other songs spiraled upwards out of that one song. At the time I also dug deeper into the readings for my master’s thesis, which is in a mix of philosophy and neuroscience, especially the philosophy of Friedrich Nietzsche, who is the philosopher-protagonist of my thesis. One of his highest life affirming ideals is the idea of the eternal return. Even though my thesis does not touch this more metaphysics aspect of his philosophy, I started reading a lot on it, and through such amazing scholars as Wolfgang Müller-Lauter and Diego Sanchez Meca, I became somewhat obsessed in it. And so, most lyrics deal with the eternal return in my various interpretations of it. The song ‘Eternal Return’ is the zenith of the album (hence why it is in the middle of the album), where you have a repeating ostinato played first by the guitar, then the bass, and finally the synths. It’s the idea that Marcel Proust wrote about when trying to give an analogy of the eternal return, where he says that it is like a melody that is played over and over again, repeated first by this instrument then by that one and so on. Same melody, but with a different timbre and style every time. Close to the end of the song, you have a reinterpretation of parts of the first three songs, again with the idea that the eternal return repeats itself within reinterpretations of vital experiences.

What happened to the songs you were working on before? Will they get finished and published one day?

100%! The next album we plan on recording will be of those songs and we will start recording again around February of next year, so fingers crossed for a 2021 release! Pandemic or no pandemic, you can expect high levels of activity from us, as we have a lot down the pipeline!

Your gig at Prog Power Europe 2020 had been cancelled due to Corona but you have already been confirmed to perform next year. Are you planning to do a little tour surrounding that festival or will it be a one off?

A tour before or after playing PPE 2021 would be a dream come true. Europe is our favorite place on Earth and to be able to not only passively engage with it as tourists but actively so by playing at any (any) venue over there would be amazing! But it’s a Catch-22 kind of situation, because a lot of venues don’t want to give space for newer bands that come from afar before they have toured somehow, but the chances of touring are slim and hard to come by unless at least a few venues give bands like us a chance. Just gotta keep fighting and get by with word of mouth as much as we can!

Thanks for the interview.

Thank you for the great questions! 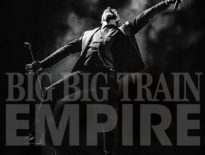 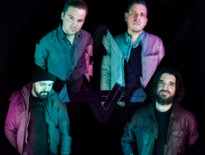