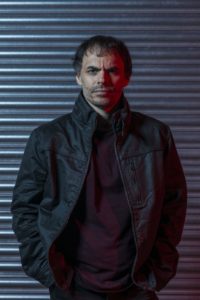 Godsticks have recently released their new album “Inescapable” via Kscope Records. As the album was widely agreed to be their strongest output since the band was founded, we were happy to receive the opportunity to talk to the Progressive Metallers’ head Darran Charles. The interview developed into an informative and honest chat about the new release, music, mental health and more.

Hi Darran. First of all, I’d like to thank you for taking time for the interview.
Also, I want to congratulate to the release of the amazing album “Inescapable”. The album is widely agreed on to be Godsticks’ strongest release so far. What was the formation phase like? Are you and your fellow band members content with the outcome?

Thanks very much! We are all extremely happy with the finished album.
“Inescapable” took around two years to write and record, so we had plenty of time to fine tune the tracks many times before committing them to record. The writing phase was a slightly modified version of how we usually write, due to our investing in an electronic drum kit. What that enabled us to do was create much higher quality demos than before, as we were able to use the electronic kit through a virtual sampled kit via MIDI (the software is called BFD). Consequently, because the drum parts, albeit sampled sounds, were actually performed by Tom rather than being programmed by me, it gave us a very good idea of what the finished track would sound like (once the album was recorded in a professional studio, then mixed and mastered). Previously, our demos either consisted of rough sequenced drums that I had programmed, or a poor quality recording of acoustic drums that I captured in a rehearsal room on a portable recording unit.

“Inescapable” appears to be a lot more personal than earlier releases. Can you tell us a bit about the contents of the album?
And can you imagine that the album’s personal character is a major effect for the intense atmosphere on “Inescapable”?

Lyrically, I wanted to explore parts of my psyche that make me the person I am. My lyrics on previous albums have been a lot more ambiguous – sometimes they might relate to my experiences or sometimes they might be from someone else’s perspective – but for “Inescapable” I thought it would be interesting to make the lyrics very personal as it wasn’t something we’d done before.
The general theme of “Inescapable” is my frequent realisation that you cannot escape who you are so you can either be more accepting of your flaws or you can positively try to change them. The battle with these demons for me is also inescapable and something you always must be on your guard against, even as you make progress. Similarly to many other afflictions or even additions, it’s an ongoing battle.
I think that the lyrics being so personal made my vocals richer in pathos. To be truthful, this was quite unexpected. My vocal performances are always heartfelt but this time it felt a little different, probably because the words meant so much more.

The lyrics convey two effects to me while listening to the songs. On the one hand there is the reporting character about inner conflicts and their effects on a person’s mind. On the other hand, the way these contents are transported, they are highly empowering and healing for everyone who can relate with these conflicts.
Do you agree that “Inescapable” conveys a salutogenetic and mind-healing message?

I’d like to think that the experiences I’ve written about might be helpful to others, and overall I’d like to think there is an underlying positive message; but I also think it’s important for the listener to interpret their own meaning from the lyrics.
People are not that different from one another in my view, and I think it’s likely that the vast majority of people may have suffered issues with depression and self-worth. In many respects, it’s almost a disease of newer generations, but it’s certainly easier for the newer generation to get help because there are lots of support networks out there and in general society is a lot more understanding nowadays. For older people however, these issues were a lot more difficult to talk about and infused with a sense of shame. 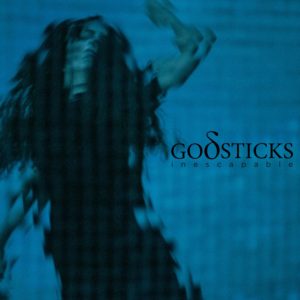 The opener ‘Denigrate’ features TesseracT’s Daniel Tompkis. Are you acquainted due to the cooperation with Kscope records or are there further connections between TesseracT and Godsticks?

I’m in frequent contact with James Montieth, one of TesseracT’s guitar players, so that plus the fact that Godsticks and TesseracT are on the same record label, made it quite straightforward to connect with Daniel (fortunately!).
The collaboration came about because after we’d finished the demo for ‘Denigrate’, we were concerned that the chorus lacked the impact and energy we desired. We believed that was down to my harmony parts which, although the same as Daniels’, were not sung as powerfully because I – like most humans – am not capable of singing in that range! So we reached out to Daniel and he agreed to sing the harmonies – it really transformed the choruses of that song and we can’t thank him enough.

Now that the album is finally recorded, mixed, mastered and released, do you lean back a little or are you already working on new songs?

I usually continue writing even the moment an album is finished, but this time I’ve prioritised promoting the album and rehearsing the songs a lot earlier than I normally would. We want to make sure our live shows are the best we’ve ever done. But I’m sure it won’t be long before we’re back trying out new ideas.

Generally, what is to be expected by from the Godsticks in the near future? New releases, great tours, even more progress in song-writing, or something completely different?

The aim for the immediate future is to play live as much as possible. We have a short UK tour lined up in April and we hope to bring the show to Germany, the Netherlands and other parts of Europe later in the year. We also have a few great festivals lined up including Tech-Fest in the UK, Prog-Power in the Netherlands, 2 Days Prog + 1 in Italy, and Comendatio Festival in Portugal. We have a busy year lined up so far. 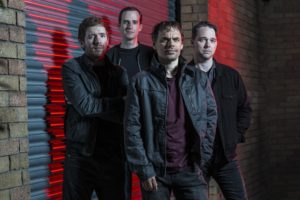 Last but not least, some more questions unrelated to the Godsticks and “Inescapable”.
Which CDs, LPs, tapes, etc would you most likely take on your next holiday?

At the moment, I would probably take Rage Against the Machine “Renegades”; The Prodigy’s “No Tourists”, and for a bit of light relief a pop album of some sort, maybe Sigrid!

Do you still find the time to go on concerts as a guest yourself?
If so, what do you enjoy listening to?

I rarely get the time to go to concerts, although I was recently invited to a The Aristocrats gig in Coventry, UK. That was an enjoyable experience: those guys are at the top of their game!
Oh, and last month I went to see “The book of Mormon” musical with my wife. Not only was it extremely funny, the music was provided by a live band underneath the stage. The music was quite brilliant, and the band was immensely talented. The tickets were very expensive, but it was worth every penny!

Thank you very much for the interview.
Feel free to add any annotations, shoutouts or greetings here. All the best, and hope to hear from you again, soon.

Thanks for taking the time to interview me!

The interview was conducted and held via e-mail by Raphael Lukas Genovese.

Copyright for all photos: Godsticks / Kscope 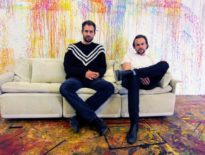 Hintergrund Focus on Movers and doers Nr. 2: Kristoffer and Tu… 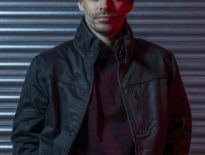