Rise Twain is a duo consisting of Brett William Kull (best known from his work with Echolyn) and J.D. Beck – their debut album has just been released (see here).

Brett swiftly replied to our questions and provided some insight into the work of the duo. 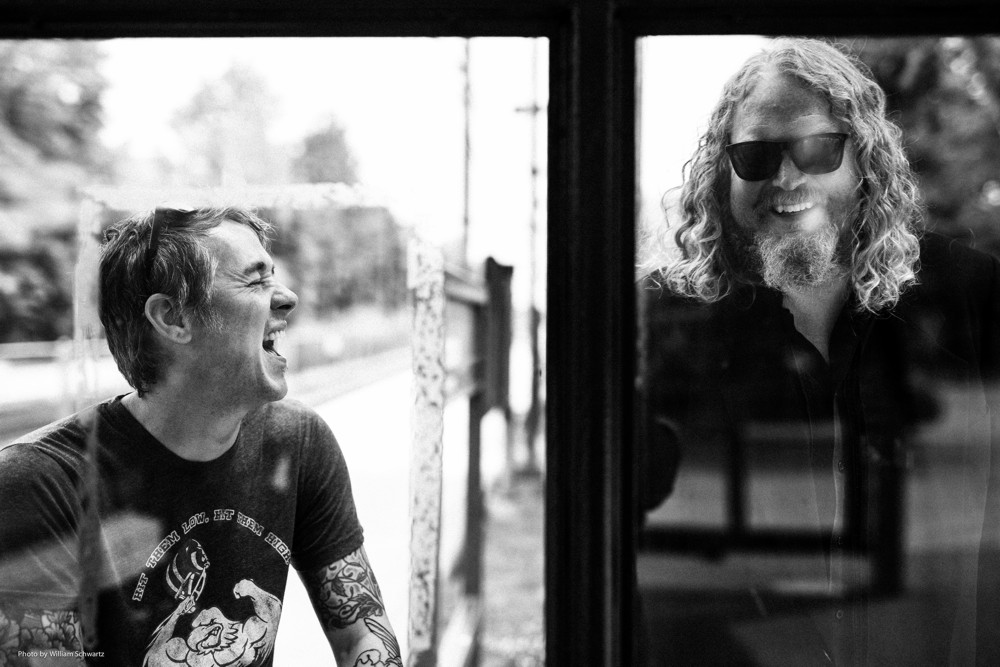 You first got in contact back in 2007. Why did it take you so long to finally work together on your own project?
The easy answer is that life and the things I fill it with obviously pack the finite amount of time I have. Between my band Echolyn, teaching at a university, studio production work, giving my friends a hug, and hanging with my family, I barely have time to sleep. The schedules JD and I have finally collided with each other to be able to make some music. I had asked him to play on my solo album, “Open Skies Exploding” in 2017, and we jumped into a partnership right after that in 2018.

When starting with Rise Twain, did you have a specific musical direction in mind?
We did not. At the heart of the project was a singer-songwriter vibe, i.e. singer and his piano or guitar. From that premise we expanded the song arrangements so that the emotions were brought out as we saw fit. The dynamics and arrangements are the result of how we create together.

How long did it take to compose and record the album?
The whole process was about a year (2018). On December 31st of that year I had the album mixed and ready for mastering. JD and I would try to get together once every week or two (over that year) to create and record the music. 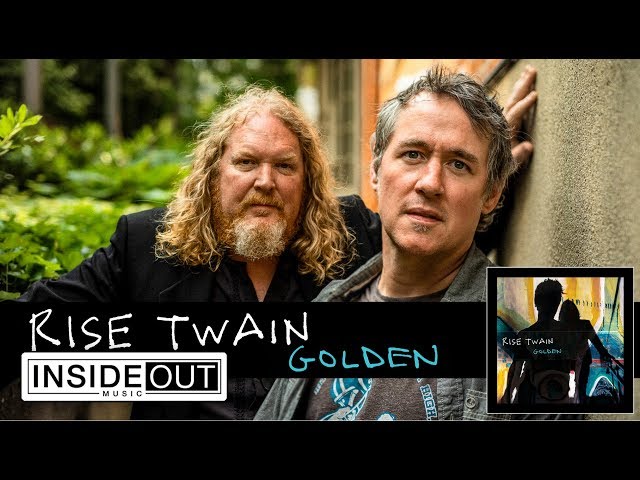 Was it clear right from the start that you won’t use any guest musicians?
We didn’t talk about it, but we knew we could do everything except drums. For this debut I think keeping it simple, with primarily piano and guitars, helped us focus. We brought in two drummers who played five songs each, John Bicer and Jordan Perlson. Both did an exceptional job! JD focused on all the piano and vocal textures; I played guitars, bass, vocals, percussion, and various keyboard textures.

In which way was your collaboration different compared to your previous bands?
The project was very spontaneous and quick compared to other projects I’ve done. No real pre-production or experimenting was done. The songs were written quickly then recorded, one at a time. This makes it very difficult for live playing because much of the arrangements were created in the moment… we have to learn what we did because we didn’t develop or think about parts as we recorded them. The music simply “happened” based on our instincts and sensibilities. We liked this because it didn’t allow for falling back on comfortable or normal techniques or tendencies.

Do your songs reflect your own musical history or do you also try out new approaches?
I always try new approaches. Every song I write has a new chord sequence in it, different melody, new lyric, new sound, etc. I hate repeating myself and am very aware of it. That’s why it’s great working with new people. You tend to find inspiration in new relationships. 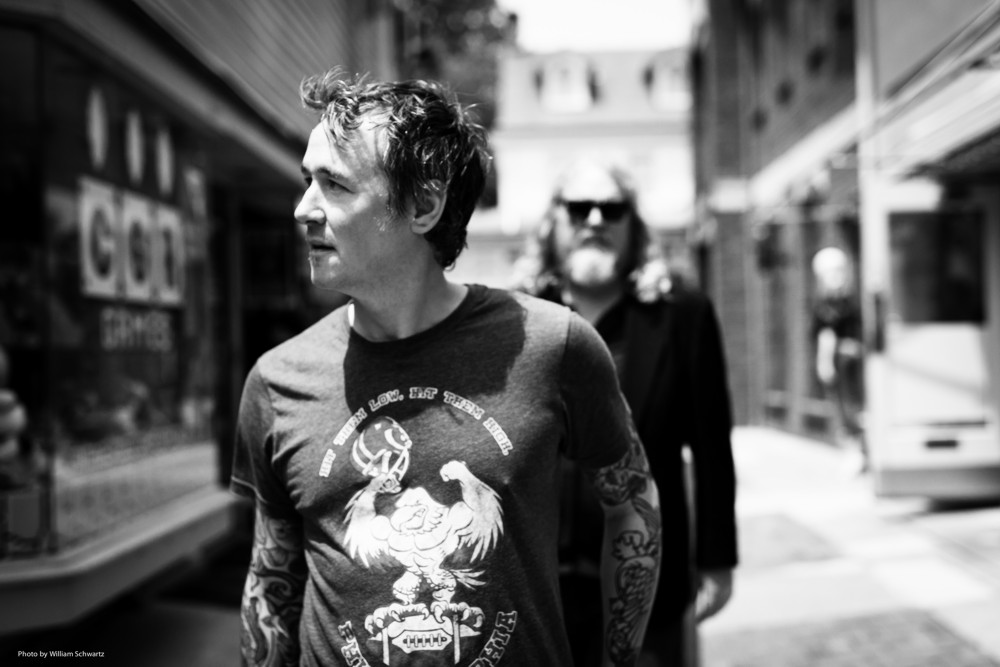 There are lot of subtlety, openness and dynamics in your music. Did this just evolve while composing the music or was this approach already planned right from the start?
Thank you. From a production standpoint those types of choices are always important to me. JD appreciates these kinds of things as well. Because of this, the music innately had those qualities in them as the songs evolved. The songs are deceptive in that they can sound both simple and very complex – which they are.

I can also hear a kind of relaxed vibe, as well as a mix of happiness and a sad undertone in your music. Did this come out naturally?
Those kinds of emotions are definitely in the music. JD and I tend to write based on our current experiences. These can be transformed into fiction sometimes – but they are always founded in the reality of what we are going through in our lives. Music is an outlet for us. It saves and redeems us.

How were the reactions so far?
They have been amazing so far. The two of us didn’t know what people would think because we were in a vacuum of creating. It’s so nice hearing all the many positive comments. I’ve only read one bad review… and loved that one too!! 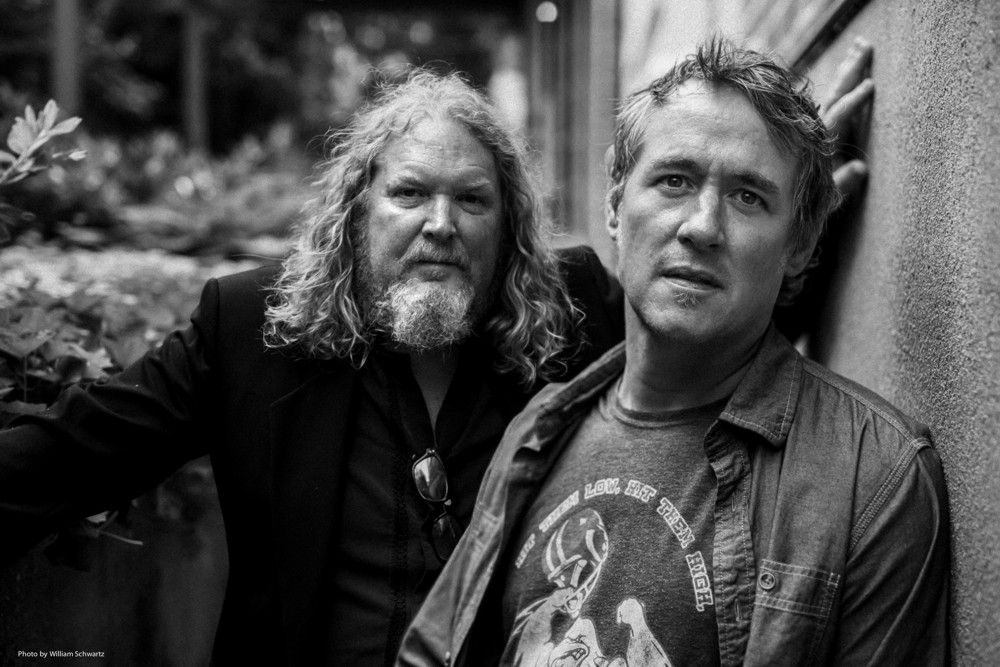 Are there further activities planned with Rise Twain?
YES! More music! We really enjoy working together and hope to transform our energy into live performances. It’s a lot of work but we’ve been working on the songs over the summer and are gearing up for live performances.

Can you tell us something about the current status of Echolyn?
Absolutely! Chris, Ray, and I have been writing for the past year and have quite a lot of new music. The three of us work together very well and have always been the writing team behind the band’s music. We’ve tracked drums for seven songs with Jordan Perlson back in August – he was on a short break from a tour with Adrian Belew. We will be tracking the rest of the album in November, after working out some more arrangements in October. I’m hoping to have new Echolyn music out in 2020! Lots going on.
Thanks for your time and the great questions Kristian&Jürgen. Hope to see you one day at a show.

Some of the questions were put by Kristian Selm

Brett William Kull on the debut album of Rise Twain 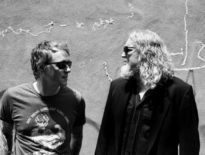 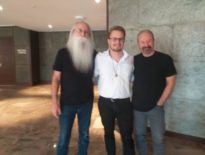