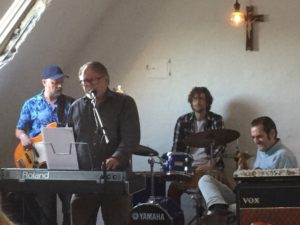 » Progressive music has always had a strong hold in Norway «

Do not expect math rock from this professor, this is beautiful melodic symphonic prog with clear 70s touch. Band leader and multi-instrumentalist Sam Fossbakk provides some more information about this quartet which is also signed by great label Apollon Records Prog.

Would you please provide some key information on the band?
Current line-up, discography etc.?

How did it happen that you’re presenting a song in German language on your latest album?

It wasn’t planned, it just seemed to fit the song and the feeling. The concept of a broader (dystopian) European perspective on the record and being fans of German rock; Faust, Amon Düül, Neu, TD, Ashra Temple and more…. There is a seriousness to the German language, in Norway German philosophy, Heideggers onthology (Sein und Zeit), Kants Kritik and Hegel is partly well known, and mostly read in its original language. Bergen, our city was also a Hansestadt in the medieval ages, so the German heritage is pretty strong.

Generally the prog scene of the seventies, but most maybe Pink Floyd, Gong and Yes

No we play live. Hopefully we will play there. If anyone wants to see us live, just contact us.

There are interconnections, we support and inspire each other, share stage on occasions, listening to each other.

Progressive music has always had a strong hold in Norway, beside listening to English/German bands, we had quite a few good Norwegian prog bands way back in the seventies; Höst, Aunt Mary, Ruphus, Junipher Green, and Terje Rypdal of course, to name a few.

Robin Mortensen, the manager of Apollon Records heard a copy of Exobiology, liked it and signed us. Robin’s work for the prog scene is marvelous, he is a key factor to the flourishing of new prog music and bringing attention to new bands.

I think we hopefully we will release more music, I think it will be a combination of downloads and vinyl. One can´t be sure, technology can change things rapidly, maybe there will be some new tools inside the nanotechnology field? 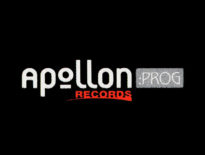 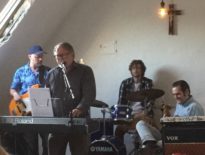