»The idea was to take a side and develop something cold, mechanical, raw and dirty«

Following the release of their self-titled debut album, which is a fantastic fusion of avant-garde, post-rock and industrial, curiosity made us want to learn more about the Swiss band. The quintet, consisting of Vincent Hänggi, Laure Betris, Nico Todeschini, Alex Muller Ramirez and Vincent Devaud, is ready for an in-depth conversation to introduce themselves. After all, chances are high that they won’t be disappearing from the screen anytime soon.

Are Geneva and La-Chaux-de-Fonds the places where you get your inspiration from and where you actually work on your songs? Are there any creative “scenes” you are involved in? And if so, how do they differ from the ones in Germany or France? 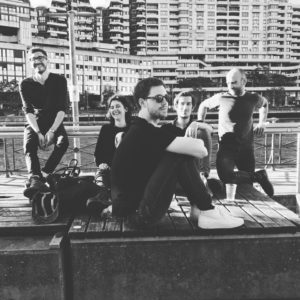 Vincent Hänggi: The band is based in Geneva but we live in three different cities (Geneva, Lausanne and Fribourg). I couldn’t say if these places have had an influence in the creative process, really. The songs on this album have been composed and arranged step by step, mainly based on rhythm and minimalist melodies that I have proposed. Little by little, the songs took another dimension with everyone’s ideas that were integrated over time. It worked well because we’ve spent years playing in different common projects where we’ve got to know each other better. This led to a good working method. Personally, I feel free and secure when I have something to propose, and despite the long time it took us to release this first album, very few compromises were have to be made. We’re all on the same page most of the time. The inspiration comes naturally and takes its place easily among the other members of the band. We all play in different bands and listen to a lot of music that has nothing to do with HEX; it seems to me that it’s the same for most of the Swiss music scene. I can hardly comment on the French or German ones but I have the impression that people are less and less stuck in one style. Which I think is a very good thing.

Vincent Hänggi did a great job recording and mixing the album. Was the process stressful?

Vincent Hänggi: To be honest it was a real nightmare and it’s still hard for me to listen to it. I started HEX when I was just getting into the recording and mixing-Job. It was a long trial and error process which I learnt from a lot and which also helped us to develop the aesthetics we were looking for. The hardest part was accepting to let go and not to restart the recording process over and over again. Also being okay with the fact, that the production work started years ago with the knowledge I had at the time; and of course the lack of objectivity you have when you spend so much time on a project. Fortunately, the others were by my side to finish it. Otherwise, I would still be at it! And, by the way, thanks for the compliment.

A lot of time has passed between the band’s formation and the debut. But in the meantime, you’ve worked hard on your songs. How did you achieve your industrial sound? I mean, it sounds very modern and up-to-date.

Vincent Hänggi: The industrial direction of HEX’s sound came progressively and quite naturally. After a first recording session, we questioned the noise-rock-direction of the band in terms of instrumentation, but also production-wise. We wanted something different from our other bands. The idea was to take a side and to develop something cold, mechanical, raw, and dirty that we had on the demos and that one can hear in some industrial or post-punk bands. Personally, I prefer productions of projects like Haus Arafna or Jpegmafia rather than the very clean and virile sound of NIN or Rammstein, which we’ve actually been compared to. The sound of HEX is relatively classic. We play on old gear; we love tube amps and vintage drums. Electronics and more “modern” techniques add a cold and synthetic aspect but we’re clearly not looking for a clean and smooth sound. It’s a bit as if Phil Spector had produced an industrial band.

Laure’s vocals add a very transcendental and dreamy touch to the songs without interrupting the flow. How long did it take you to decide if you even want to add any vocals and which way of adding them would fit the mood? Your approach seems to be similar to a lot of Shoegaze-bands, whose vocals are mostly distorted to the point where you’re not sure if those are instruments.

Vincent  Hänggi: After our friend and singer Adriano Perlini left the band, we put aside the idea of adding vocals for a while. Then we asked Marion of the band Mütterlein if she wanted to try but after some tests she wasn’t satisfied about the results and declined. In 2016, I started to play with Kassette, Laure’s project. Once, during a soundcheck she was singing oriental voicings and that’s what gave me the idea that she should join the band. Her very clear and soft timbre blends perfectly with HEX’s music and takes its place quite easily. The processing of the voice is indeed close to Shoegaze music, where the idea is not to have a voice at the forefront but treat it more like an instrument. 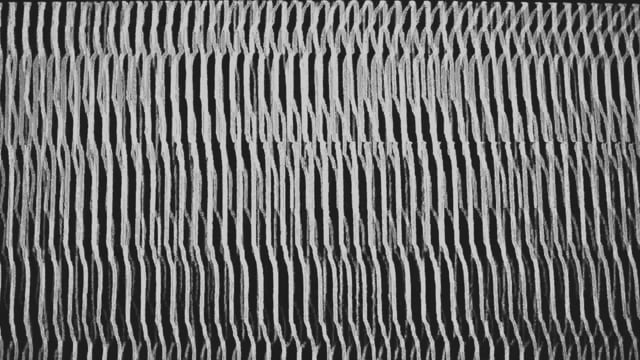 By the way, congrats on your Swiss Music Prize 2018, Laure! Making music has always been a big part of your life, right? And you’re best known for Kassette. How did you join HEX?

Laure Betris: Thank you! It was a big – and very nice – surprise… Yes, I started as a teenager in a grungy-all-girls band. A few years later, I started to make records and concerts under the name Kassette. Nowadays, I play with different bands and projects, so music is the biggest part of my life really. About joining HEX, long story short: I saw them live and I really liked them. I was looking for a drummer to tour the new Kassette album in 2015, so I asked Vincent if he wanted to play with us and he said yes. Then they were looking for a singer to try things on HEX’s songs, so we tried and, well, it worked! I joined the band in 2016. The recording process was almost finished and it was very interesting to add that last “layer” (the vocals) to the songs.

We can’t get around this question: Why HEX anyway?

Vincent Hänggi: Very honestly, we were running out of time to find a name before our first concert in 2012. One of the criteria was to have a short name. HEX was on the list.

Vincent Devaud works as a graphic designer in Geneva and teaches the same subject, right? Are you the one to kind of arrange your visuals? Considering your album cover and your teaser videos, your style seems a little futuristic, minimalistic and somehow SF-like, which totally fits to your songs!

Vincent Hänggi: Yes, we actually have two very talented graphic designers in the band. Vincent Devaud, who works for Gavillet&Cie in Geneva and teaches in La Chaux-de-Fonds, and Nicola Todeschini, who runs his own studio in Geneva. The artwork is based on video recordings of different analogic modules, that we also use for our live performances and video teasers. The whole artwork has been done by Vincent and Nicola.

Nico Todeschini: Vincent Hänggi generated hundreds of stills from a new video he was working on. At our surprise, some of them revealed something more than just plain graphic shapes: A strange urban environment suddenly appeared, with its buildings, roads, bridges… A kind of cold algorithmic landscape. We used a series of these images to add a narrative aspect to the whole. A sort of immersion into this artificial timeless city. We then treated them with a stark grainy black and white contrast to add an analogic, and low tech feel that fits with the sonic aesthetic.

Your album pretty much gives away that you’re listening to a lot of film scores. What are your influences?

Vincent Hänggi: Film scores are indeed very present in HEX, as well as in our previous projects like Shora, Equus or Shelving. John Carpenter and Alan Howarth inspire us a lot; same goes for Italian movies soundtracks of the 60s and 70s by composers like Ennio Morricone, Fabio Frizzi, Goblin or French ones like François de Roubaix or Alain Goraguer. We could also mention some more contemporary sound artists like Cliff Martinez or Disasterpiece. For this album we wanted to create long tracks with the kind of developments one can find in progressive and repetitive music but, as some might think, the idea was not to create the soundtrack of an imaginary film. Besides film scores, each of us has his/her own tastes which blend into the mix. Still, we definitely share a common enthusiasm for artists such as This Heat, Univers Zero, Glenn Branca, Dead Can Dance or Extra Life, among many others. We really listen to very different things, from the most difficult/extreme to the poppiest.

Paleo Festival with Depeche Mode? Are there any other plans for this year?

Vincent Hänggi: Some gigs are planned in Switzerland this autumn and we’re working on a tour that will take place between October and November.

You played with Spacemen 3 once. What was it like? Spacemen 3 are definitley one of my favorites!

Nico Todeschini: We wish we played with Spacement 3! There’s been a confusion in our biography: we actually played with Sonic Boom’s other project: Spectrum. Which we definitely love just as much.

Vincent Hänggi: We shared the stage at a great festival. But the booker thought it was a good idea to make us play at 6 pm to wake up the audience. Well honestly, I don’t think the Spectrum-people were especially impressed by us playing in bright sunlight in front of 40 folks sitting on the ground… We are more a band to see at midnight in complete darkness.

So, we are organizing a competition with your shirts as prizes. Whoever wants to participate needs to answer a question. Maybe you could help me come up with a good question for our readers? Maybe something for music and film nerds. That would be fun!

Who did the perfect soundtrack to make love on a real train?

Awesome, that’s a difficult one. Keep up the great work and thank you for taking the time!

You can find the competition by clicking here.

H E X on Influences, Aesthics and something for Cinema Lover… 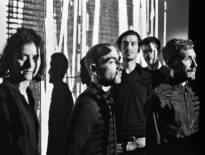 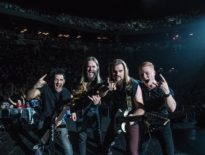 Interviews Frederik Møller of Defecto on the band, album pla…
0